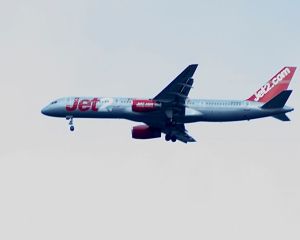 Just coming round after a scary flight on Friday. You may have seen reference in the Media, BBC, ITV, Manchester Evening News. We were on that Jet2 flight to Faro. Sat over rear wheels during take-off there was a loud bang, a bit disturbing! Half an hour in and we’re going round in circles. The pilot announces a problem with the under carriage and will have to return to Manchester. Meantime we will have to keep circling to burn up fuel. Cue for internal mild panic, whilst staying outwardly calm.

Pilot comes on again advising descent into Manchester, all routine, he says, but we might notice the fire trucks. Cue for real internal panic whilst maintaining stiff upper lip. Down we go, another bump and a wobble followed by noticeable sighs of relief. We are accompanied to the pad by six fire trucks and numerous other police and airport vehicles. Coming to a stop the cavalcade passes, applause from all, Phew! Full marks to Jet2, they transferred us to another plane pronto and off we flew, only a few hours late.